WE RESCUE, SAVE, AND PROMOTE THE ADOPTION OF ANIMALS. 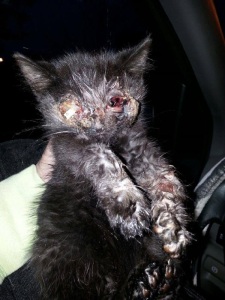 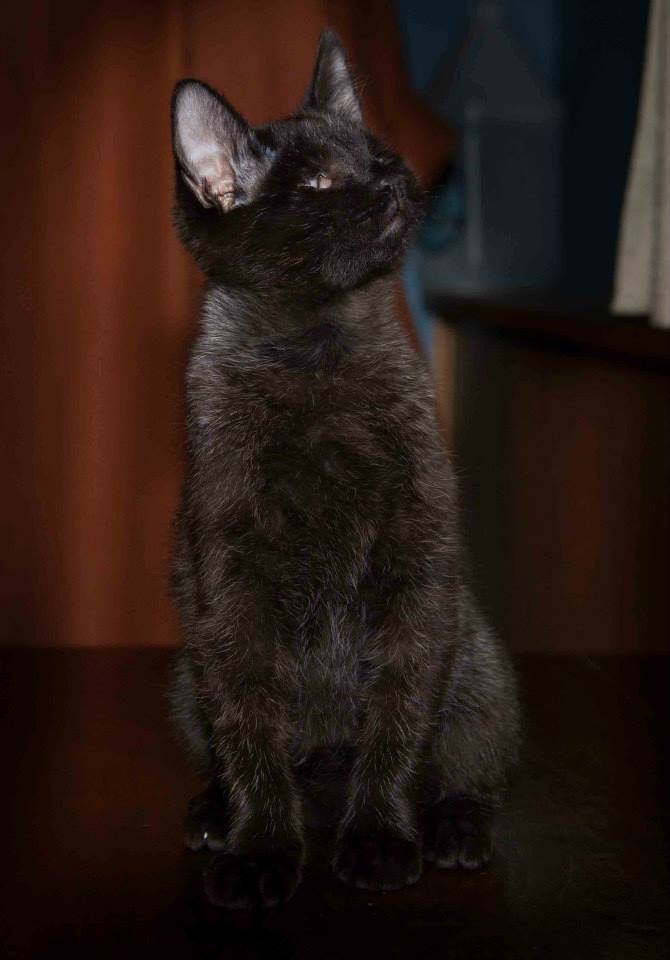 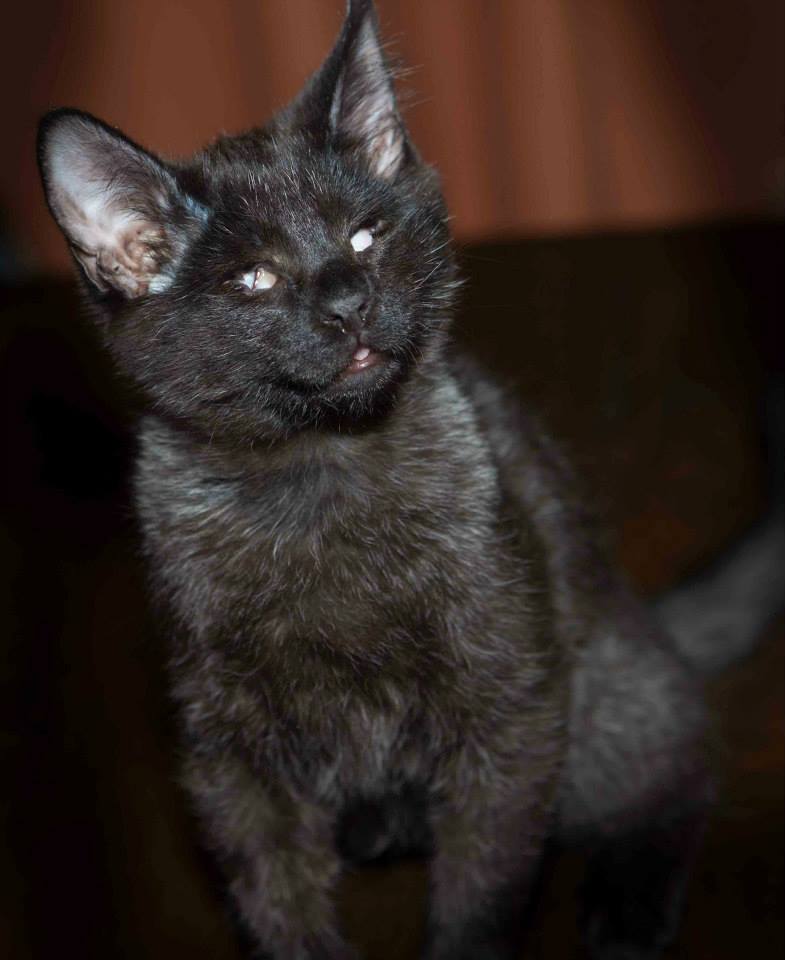 We received a photo of a kitten in a high kill shelter. The photo of a little black kitten broke the hearts of so many. Rescues receive many photos and requests to help injured and abused animals daily, but the priority is to help the animals in our immediate area. We made the decision to help this kitten we named Keller.

Keller was soaked in his own urine because he was so frightened, he weighed only 1.4 pounds, and his eyes were severely infected. He had been at the shelter for just one day. He had been found as a stray in an abandoned apartment. His eyes were the result of a cat that could not receive the proper medical care because he lived in the streets.

We immediately took him to the emergency vet and were referred to the eye specialist. We were told Keller would lose both his eyes. We needed to start four eye drops to control the infection. These eye drops were to be used every 3 hours spaced every 15 minutes around the clock.

We had many setbacks. He was force fed several times, he fought fevers and diarrhea, and made multiple trips to the veterinarian. Our supporters prayed, donated to his care, and prayed even more.

Keller's eyes continued to improve daily. The veterinarian was amazed at his last appointment!! Keller no longer needed his eyes removed, but he would be left completely blind.

Today, Keller runs into walls, misses the couch when he attempts to jump on it, and thinks the water dish is a bathtub. At bed time he waits patiently for his mom to pick him up where they cuddle for the night.

Keller is proof that miracles happen. He taught so many people valuable lessons... NEVER give up, never walk away, even when others do not agree with your decisions.

Keller's Kats supporters were the strength and guidance during the hard times. We ALL came together to save one little kitten named Keller. Keller was the inspiration to go on and help more Special Needs cats and kittens. Many of them require lifesaving surgeries, medications, and supplies.

Not all cats live in warm safe homes! Many fight for their next meal or go without many nights. They fight to stay alive just like Keller. Keller's life changed when he was brought to that shelter. However, his existence was almost cut short due to a lack of funds and limited space. Cats that have extensive medical issues have the highest rate of euthanasia.

You can help save these innocent lives by sharing Keller's Story, liking us on Facebook, and sharing our mission. The more people that share our mission and Keller's Kats Rescue... the more lives we can save. Help is always needed and greatly appreciated.

Did we mention Keller was adopted!!

Gifts from our followers and supporters are critical to our mission. We work tirelessly to find suitable homes for abandoned, lost, and surrendered animals in jeopardy of euthanasia.

Other Ways to Donate